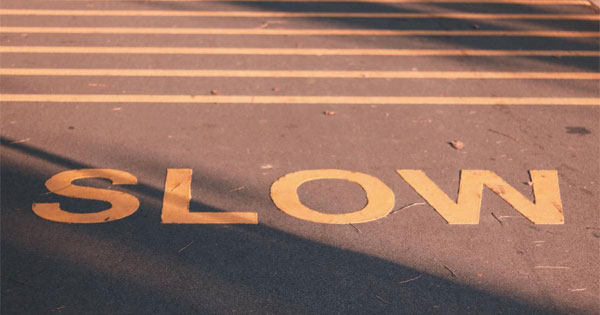 In the most recent RH earnings call, CEO Gary Friedman didn’t exactly hit the company’s brakes, but he did take his foot off the accelerator. Still proclaiming 2022 will be the year of new, that newness will be late on arrival.

But compared with third-quarter 2021 results, revenue, margin and income growth slowed. And it is guiding on first-quarter revenue increase in the 7% to 8% range, compared with a 78% increase last year. Fiscal 2022 net revenues are expected to be up between 5% to 7% and operating margins from 25% to 26%.

Most troubling of all, it announced demand has dropped between 10 to 12 points during the early weeks of first-quarter fiscal 2022. Friedman added, “Our demand has been down for the last several months.”

As always, Friedman’s earnings call was packed with juicy details, like average revenue for its gallery restaurants is approaching $10 million annually and online continues to lose money, but it was a more pensive rather than exuberant Friedman we heard in the call.

“Everything is a little out of sync in the world right now,” he said. “You’ve got to wait for quality and we’re not going to get any points for rushing right now. We’re slowing things down a bit, trying to be more thoughtful. We’re trying to make fewer, bigger, more important moves.”

Friedman promised that “2022 will mark the beginning of the next chapter of growth and innovation for the RH brand,” yet he also added, “In my 22 years here, I’ve never been more uncertain.”

The emergence of new Covid variants has continued to throw a monkey wrench into RH’s supply chain. Early expectations were that the supply chain would loosen up this year, but Friedman said that hasn’t happened, only gotten more complicated.

It’s added five weeks delay on average, but in some cases, delays have extended between 10 to 12 weeks and the cost for containers has doubled from two years ago, rising from $2,400 to $4,800.

With housing prices at an all-time high and inflation now at 7.9%, Friedman is vexed that Secretary of the Treasury Janet Yellen offers no guidance about when and where it will end.

“I don’t think anybody really understands how high prices are going to go everywhere. I think it’s going to outrun the consumer and we’re going to be in a tricky space,” he asserted.

On top of that, the Federal Reserve just raised interest rates with expectations that more rate hikes are ahead. Friedman sees this as another sign of trouble.

“I don’t mean to be a pessimist, but history would tell us [when] the Fed raises interest rates over a sustained period, we have a recession,” he said, adding “I’ve seen enough cycles to know that caution is advised right now.”

Then the war in Ukraine has compounded complications in an already complicated market. Friedman said the company’s decline in demand coincided precisely with it.

“The invasion of Ukraine by Russia just became a reckoning point, where people had to stop and pay attention to everything,” he reflected.

While he said, “We pray for peace but plan for war,” he didn’t speculate about how the rising global tensions will impact RH’s plans to conquer the European market.

Friedman’s long-term plans for the company hang on its global expansion. He sees the opportunity for North America in the $5 billion to $6 billion range after opening immersive design galleries in every major market – there are 27 now, plus 36 smaller legacy galleries. But that dwarfs his expectation globally in the $20 billion to $25 billion range.

“The opportunity for this brand is like no other brand in the world,” he said. “What we are doing next from a physical point of view in Europe is better than anything we’ve ever done. I wouldn’t want to be in Europe competing against us.”

Design galleries are in the works for London, Paris, Munich, Dusseldorf, Milan, Madrid and Brussels, but its first overseas venture, RH England in the historic Aynhoe Park 73-acre estate, is delayed from the original June 2022 date till July or even August.

Confident that there will be product on hand, he said construction delays and cost overruns for this Grade One listed building have slowed the opening down and even when it finally opens, not all offerings will be available.

“I’ve never seen it so chaotic from an execution point of view, whether it’s construction, sourcing, manufacturing, shifting the supply chains, freight,” he added.

On the home front, the much anticipated RH San Francisco opening is pending for late spring, the New York City RH Guesthouse for early summer and RH Palo Alto for the fourth quarter, though it could be pushed to first quarter next year.

The launch of its new RH Contemporary collection has also been delayed. Planned to launch in mid-March, it is now scheduled for May. And the originally planned super-sized 450+ page Contemporary Sourcebook has been scaled back to between 300-350 pages.

“Stuff is late. My sense is it might even be later,” Friedman cautioned.

With high hopes for Contemporary – “The most compelling and potentially disruptive product introduction in our history – he doesn’t want to push it into the market until it is ready.

Slow and steady wins the race

As confident as Friedman is about RH’s prospects for the future – “Our ecosystem of products, places, services, and spaces inspires customers to dream, design, dine, travel, and live in a world thoughtfully curated by RH, creating an emotional connection unlike any other brand in the world.” – he is not rushing to realize that vision.

“Going into a very difficult, unpredictable time, you’ve got to be super flexible. You’ve got to be able to improvise, adapt, overcome and be ready for anything,” he said. “You can capitalize on any environment if you’re prepared, and that’s all we’re trying to do. We’re just trying to be in a position to win and be in a position to take advantage of any opportunities that present themselves.

“We’re going to be patient. We may look a little slow to some people, but then we like to say, don’t move until you see it. So we’re going to wait until we see it and then we’ll move,” he concluded.

About Pam Danziger: Pamela N. Danziger is an internationally recognized expert specializing in consumer insights for marketers targeting the affluent consumer segment. She is president of Unity Marketing, a boutique marketing consulting firm she founded in 1992 where she leads with research to provide brands with actionable insights into the minds of their most profitable customers.

She is also a founding partner in Retail Rescue, a firm that provides retailers with advice, mentoring and support in Marketing, Management, Merchandising, Operations, Service and Selling.

A prolific writer, she is the author of eight books including Shops that POP! 7 Steps to Extraordinary Retail Success, written about and for independent retailers. She is a contributor to The Robin Report and Forbes.com. Pam is frequently called on to share new insights with audiences and business leaders all over the world. Contact her at pam@unitymarketingonline.com.

Read other articles by Pam Danziger